Home and business owners rely on concrete for all different kinds of things these days. Whether they are building a patio in a backyard or laying the foundation for a large building, concrete is a cost-effective material that can stand the test of time and provide strength and stability for a number of structures. But concrete is not some modern invention that people just discovered within the last century or so. It actually has a very long history and has been in use for more than 5,000 years. 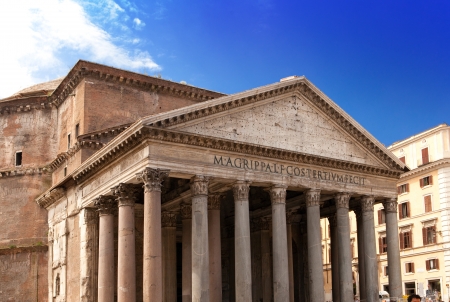 According to Concrete Network, the earliest forms of concrete date back to 3,000 B.C. when the Egyptians mixed mud and straw to create bricks and combined gypsum and lime to make mortar. They used them to build the pyramids, which as you know, are still standing at this time, as strong as ever. Roman architecture spanning from 300 B.C. through 476 A.D. relied on concrete as well that contained animal products to serve as admixtures to make it more versatile in specific applications.

Modern cement that is made using limestone and clay and that hardens when you add water to it was invented in the early 1800s, and by the end of the 1800s, bridges and streets were first built using concrete. By the turn of the century, those living in the early 20th century were ready to experiment with concrete further by using it to erect buildings and build houses. That led to the development of ready mix concrete in 1913, which was concrete that could be mixed at a central plant and then delivered wherever it needed to go.

Since that time, concrete has continued to develop and evolve, and people have found new ways to use it. They’ve found ways to stamp it and turn it decorative. They’ve used it to build countertops inside of homes. They’ve even discovered ways to polish it, which has made it popular in retail stores and some homes due to its durability and aesthetic appeal. Concrete has certainly come a long way over the years and will likely continue to change and evolve as we find new and exciting uses for it.

If you are planning a project that requires concrete, Bergen Mobile Concrete offers on-site mix and delivery services. Evening and weekend deliveries are always available through us, as well, and we can also often accommodate last-minute delivery requests. Call us at 201-797-7550 today to schedule a concrete delivery for your next home renovation or construction project.