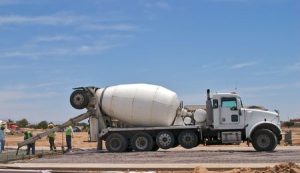 Does it seem like road crews are resurfacing the highways in your area with fresh asphalt practically every year? This is due to the fact that asphalt roads, for all their virtues, have fairly limited lifespans, particularly in regions that experience harsh winter weather.

Thanks to recent innovations in the paving industry, however, some contractors are now using thin layers of concrete to extend the lifespan of roadways by as much as two decades.

In recent years, unbonded concrete overlays—which are typically less than six inches thick and separated from existing roadways by an even thinner layer of nonwoven polypropylene fabric—have been used to rehabilitate damaged roads in a number of states including Iowa, Minnesota, North Carolina and California. According to the American Concrete Pavement Association (ACPA), concrete overlays currently account for about 12.5 percent of the total volume of concrete pavement that’s poured in the U.S. each year.

By using existing roadways as a base layer for support, unbonded concrete overlays offer a cost-effective, long-term alternative to full-depth paving work and asphalt resurfacing.

“you add more structure with a concrete overlay than an asphalt overlay just by nature of the materials being stronger,” said ACPA President and CEO Gerald Voigt in a recent interview with Equipment World. “They last longer; they’re stronger inch by inch … From a user impact standpoint, you’re getting 20-plus years out of a concrete overlay versus an asphalt overlay getting eight, nine, maybe 10 years.”

Keep an eye out—before too long you may see these concrete overlays being used to rehabilitate a damaged roadway near you.