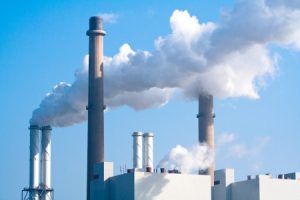 Concrete might form the bedrock of modern urban construction, but its impact on the environment is raising concerns among climate researchers. Recent estimates suggest that Portland cement, the essential binding ingredient in concrete, accounts for roughly seven percent of global carbon emissions.

That could change soon, however, thanks to a multinational effort to drastically reduce the carbon output of the cement manufacturing process.

In Switzerland, for example, a group of scientists recently published a study that found it would be possible to reduce carbon emissions from the concrete sector by 80 percent without using carbon capture technology. These scientists argue that by optimizing concrete mixes, increasing the use of alternative fuels and recycling raw materials to produce the active ingredient clinker in cement, the concrete industry could effectively slash its carbon emissions by 2050.

Meanwhile, in Lithuania, another group of scientists is replacing Portland cement with alkali-activated industrial waste products such as fly ash to make concrete production more environmentally friendly as well. Although their carbon-cutting concrete is still in development, it is reportedly just as strong as conventional concrete and better able to resist damage from temperature fluctuations and exposure to acids.

Here in the United States, researchers at UCLA are also exploring innovative new ways to capture and repurpose carbon emissions from the cement manufacturing process. By creating a closed system wherein carbon dioxide is captured and recombined with calcium hydroxide to create limestone, they hope to make cement production a completely carbon-neutral process.

Thanks to the efforts of researchers all of the world, the concrete of the future may not only be stronger and more durable, but better for the environment as well.