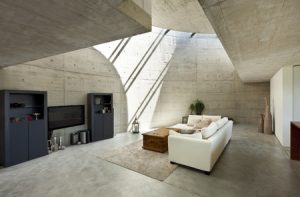 Over the course of the past few years, there has been a lot of buzz surrounding the idea of 3D-printing homes and other structures. 3D-printed homes have the potential to be affordable, durable and sustainable—a combination that is appealing both to home builders and prospective homeowners. But until recently, most companies pursing 3D-printed construction have only been able to show off rough demos of the process. This has left some skeptics to wonder if 3D-printed homes are ever actually going to get off the ground.

That could be about to change, however, thanks to an Austin, Texas-based company called Sunconomy.

Sunconomy recently partnered with a San Francisco-based housing development company called Forge New to begin leasing and licensing a 3D-printed home system called We Print Houses to home builders and residential contractors across the U.S. This system features both a mobile platform and mechanical systems that will provide builders and contractors an opportunity to create 3D-printed concrete homes.

Sunconomy says there will be a number of notable benefits associated with using their technology to 3D-print homes.

To begin with, the company claims it will only take a few weeks to build concrete homes using their system. The homes are also reportedly quite energy efficient and able to withstand everything from hurricane-force winds and hail to flooding and even earthquakes. In addition to giving builders and contractors a chance to employ the We Print Houses system in real-world scenarios, Sunconomy is also offering training courses and a certification program to help their customers make the most of the technology.

It remains to be seen whether or not the We Print Houses system is the game-changer Sunconomy hopes it will be, but it’s already being used to build at least one 3D-printed concrete home in Texas. Sunconomy calls the home “Genesis,” and it will feature three bedrooms, two bathrooms, a garage and its own renewable energy generation system at a cost of just under $300,000.

3D-printed concrete structures may not be in the mainstream just yet, but with companies like Sunconomy leading the way, they could be one step closer to widespread adoption.